Ryanair has been voted Europe’s least popular short-haul airline by the readers of the British consumer publication Which?.
More than 5500 travellers rated dozens of airlines in the survey, giving each a mark out of five for categories including check-in process, baggage allowance, seating allocation, punctuality, food and drinks and value for money. 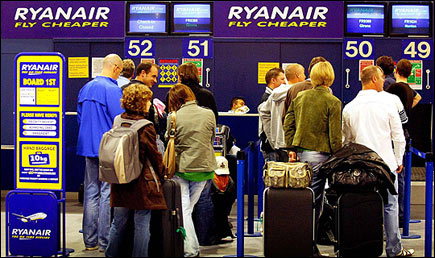 The low-cost Irish carrier received an overall satisfaction score of just 34 per cent, placing it last out of 16 airlines. Thomas Cook Airlines, Thomson Airways and Monarch also fared poorly in the poll – each scoring below 50 per cent.

But hey, if you want to travel cheap then you will be treated as one.